Q & A With The Hon Paul Munro 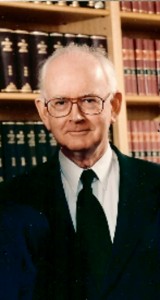 A member of the AIER Executive Committee since the Institute’s inception in 2005, The Honourable Paul Munro has dedicated his life’s work to the advancement of decent and fair workplace rights and conditions within the Australian and global arena.

From 1986 to 2004, he served as Justice Munro, a Senior Presidential Member of the Australian Industrial Relations Commission and its predecessors.  He previously had stints as a legal practitioner in Papua New Guinea, Melbourne and Sydney, was National Secretary of the Council of Australian Government Employee Organisations (1969 to 1977), was a national public sector union official and has held various senior roles in government and other organisations.  Paul Munro has been a member of the ACTU executive, of the Executive of Public Service International and related committees, and of the 1974-1976 Coombs Royal Commission on Australian Government Administration and later the Administrative Review Council.  He is currently Patron of the Industrial Relations Society of New South Wales and a member of the Management Committee of the Papua New Guinea Association of Australia.

Education summary. Early schooling until I was eight years old was by correspondence school via mail from my home in Walgett NSW, followed byfour years boarding school at the All Hallows Dominican Convent in Bathurst NSW.  From 1952 to 1956, I boarded at the Christian Brothers College Waverley in Sydney.  In 1960, I completed by Bachelor of Laws (LLB) at the Sydney University Law School.

Career highlight? Working for two years with Dr H C Coombs and the Royal Commission on Australian Government Administration from 1974 to 1976.  Although I suppose my eighteen years as a Presidential Member of the CCACand the AIRC would probably be more commonly seen by others as the highlight.

Career lowlight? Being made an offer I couldn’t accept to share the Industrial Advocate’s position at ACTU after Ralph Willis was elected to Federal Parliament for the seat of Gellibrand. It became rapidly apparent to me that the very economically literate and splendidly articulate Rob Jolly was a much better selection as sole occupant of the position than I would have been alone or in tandem with him.

What inspired you to work in the area of workplace relations/workplace law? The attraction of a worthwhile case to litigate.  I was recruited to the PNG Public Service Associationin 1966to present a case for an increase to the wages of PNG public servants, one of whom, JuiPipiri, had worked with me in Rabaul trying to support his family of four on $6 per week.  I persuaded myself there could be no better object of my talents for the time being than to try to get that rate substantially increased. I later found I would be lead in the case by a person I had never heard of, Bob Hawke.  He inspired me in due course to believe that I should persevere with working in the industrial relations arena.

If you hadn’t worked in workplace relations/ industrial law what else would you have done? I would have returned to Sydney and commenced practice at the NSW Bar to which I had been admitted in 1961.

Why did you join the Australian Institute of Employment Rights? After 2004, the WorkChoices regime demolished elements of Australian industrial relations values and entitlements that had been integral to our polity and bipartisanly shared under virtually all administrations since at least the 1920s.  A broad spectrum of informed practitioners and academics were concerned to find a basis of common ground upon which the values and entitlements associated with industrial fairness as we had understood it might be maintained, if not on a bipartisan basis, at least on a tripartite basis of employer, employee and public or governmental interest.  I had done some work toward that objective for John Menadue and a policy group at New Matilda as it then was, when Mordy Bromberg asked me to join with him and others in the foundation of AIER.  I readily acceded.

What do you see as the role of AIER?  Above all,to provide an enduring institutional basis of accord about what reasonable employers and employees should expect of and deliver to each other in a modern economy in Australia, and a firm foundation or mooring by reference to which a fair system of rights and duties at work can be tested or measured.  Ancillary to that main role,AIER should do what it can to promote and extend understanding of that balance of rights and duties and foster community and workplace acceptance of them.

As one of the initial architects of the Australian Charter for Employment Rights, what role did you see it playing in the workplace rights arena?  Essentially, we were trying to work out a non-partisan common denominator for establishing what would constitute a fair system of workplace rights and duties, drawing upon Australian values and experience informed by internationally binding standards.

If you were advising the Minister for Workplace Relations, what’s the one initiative you would suggest as a priority for action? Within the entire system being administered by the Minister, unequivocally make appointments to regulatory institutions upon a tripartite rotational basis of individuals whose credentials and qualifications best match the prescribed conditions for appointment.  Advance this measure as intended to lessen the political incentives to substitute direct political legislative intervention and machinery of government changes for evolutionary change through a stable regulatory system overseen by an experienced tripartitely based regulatory authority.

Name a person that has inspired you. Had my commitment not been spurred by Bob Hawke, I would not have understood the importance of the challenges in industrial relations and workplace rights enough to devote my career to trying to meet them.

Tell us something that people don’t generally know about you. The person who pushed me to accept the position as Industrial Advocate to the PNG Public Service Association (PSA) in 1966 was Ian McPhee, a colleague who had occupied the position and was about to go overseas to the University of Hawaii (and who would later go on to the NSW Chamber of Manufacturers, be a Member for Balaclava,and Minister in the Fraser and Howard Governments).  He assured me that my total ignorance of industrial arbitration would not be fatal because the PSA case would be augmented and polished by an industrially experienced fellow from Queensland who had a law degree but had never been admitted to the Bar.  This turned out to be Bob Hawke.