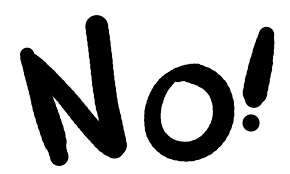 As we near the Senate vote on the Ensuring Integrity Bill we look at 7 good reasons why this Bill should be voted down.

1. The Bill is excessive – The measures proposed under the Ensuring Integrity Bill go beyond the recommendations of the Heydon Royal Commission into trade union conduct. The Bill facilitates the deregistration of unions and disqualification of officials for minor technical and civil breaches, including the late lodgement of paperwork.

2. The Bill is premature – Following the Royal Commission three statutes and 1 legislative instrument have already been introduced to combat concerns raised about union conduct – these measures have not been in operation for a long enough to effectively measure their success. Current provisions of the Registered Organisations Act that provide for the disqualification of officials remain untested.

3. No equivalent exists in the corporate sector – The provisions of the Bill create a regime of double sanctions for unions and their officials unlike anything in the corporate sector. The Bill puts volunteer union officials are put in the firing line while giving corporations guilty of criminal offences and wage thieving bosses a free pass. Read Anthony Forsyth on the chimera of regulating unions like companies here.

5. The Bill is bad for women – The Australian union movement is predominantly female. Working women are more likely to be engaged in precarious, casual and undervalued work. The work of unions in improving working conditions for women is highlighted by CPSU National Secretary Melissa Donnelly here.

6. The Bill represents a human rights violation – The Bill is in direct violation of Australia’s obligations under international human rights instruments; ILO Conventions 87 and 98; and as a member state of the ILO. In accordance with these instruments Australia is obliged to ensure workers may exercise freely the right to organise, elect representatives and determine their rules and programmes. More in the AIER Submission here.

7. The Bill encourages ‘industrial warfare’ – The low bar, broad grounds and expanded standing to bring applications afforded by this Bill, encourages alternative interest groups to engage in ‘industrial warfare’. Such applications would be brought in a no cost jurisdiction, meaning unions, even if successful in Court would be left footing the Bill. Further as actions brought against a low bar would be legitimate, no action with regard to vexatious litigation would be possible.